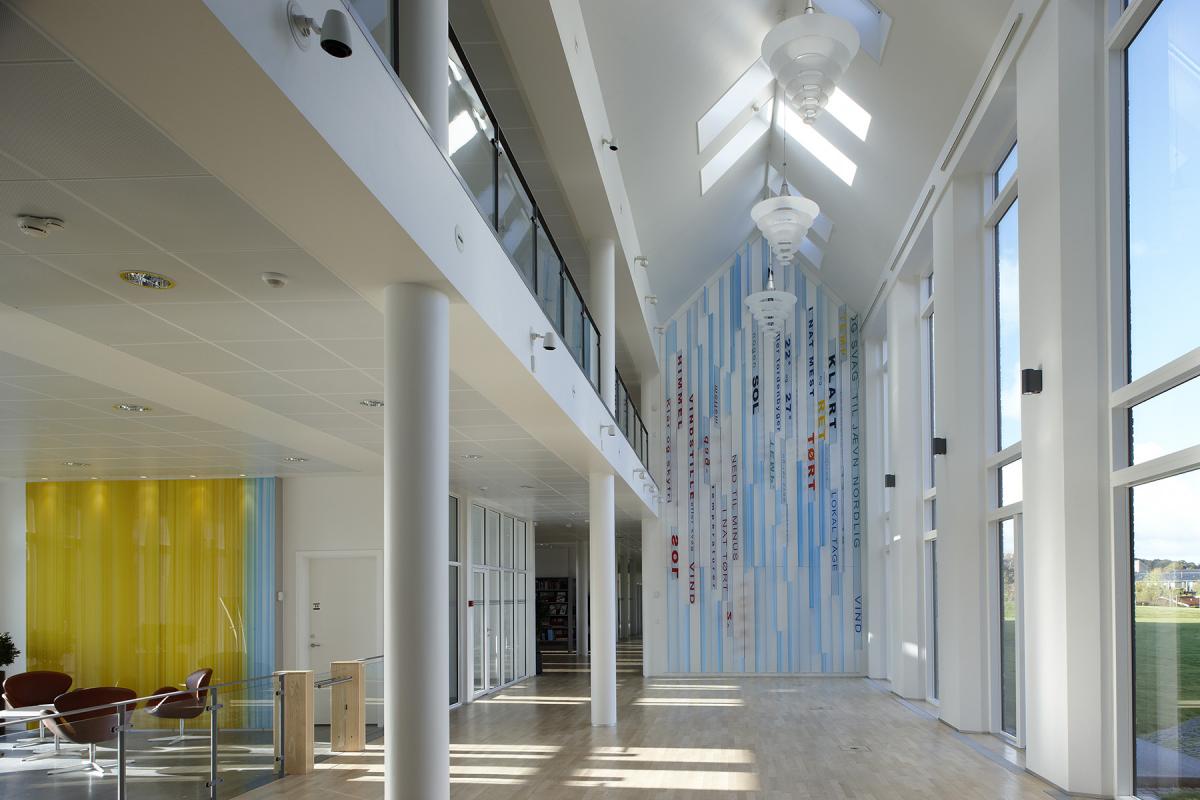 The central idea of the decoration is to visualize VKR-Holding’s mission to “bring daylight, fresh air, outlook and solar energy into the everyday lives of people.” In order to underline the company’s history, the mission of the VKR-group and to accentuate the site-specific space with a view to the vast and open sky vista outside, I have chosen to create an artistic re-adaptation of the two weather reports, one on the day the company was founded, April 1, 1941 and the other on the day the new headquarters in Hørsholm was inaugurated, August 1, 2007.

The decoration consists of painted acrylic slabs, furnished with the following texts:

April 1, 1941:
Clear and cloudless skies and lots of sun. No wind or a light breeze from the southeast.
Day’s low temperature: between 0 and 4 degrees Celsius.
Tonight: dry and cold, with temperatures as low as minus two degrees Celsius.

August 1, 2007:
Patchy sun, but with the possibility of scattered rain or thundershowers.
Temperatures between 22 and 27 degrees Celsius and a light breeze coming in primarily from the northeast.
Tonight: mostly dry and quite clear, except for local fog. The temperature will drop to between 13 and 18 degrees Celsius with light and variable winds coming in from the north. 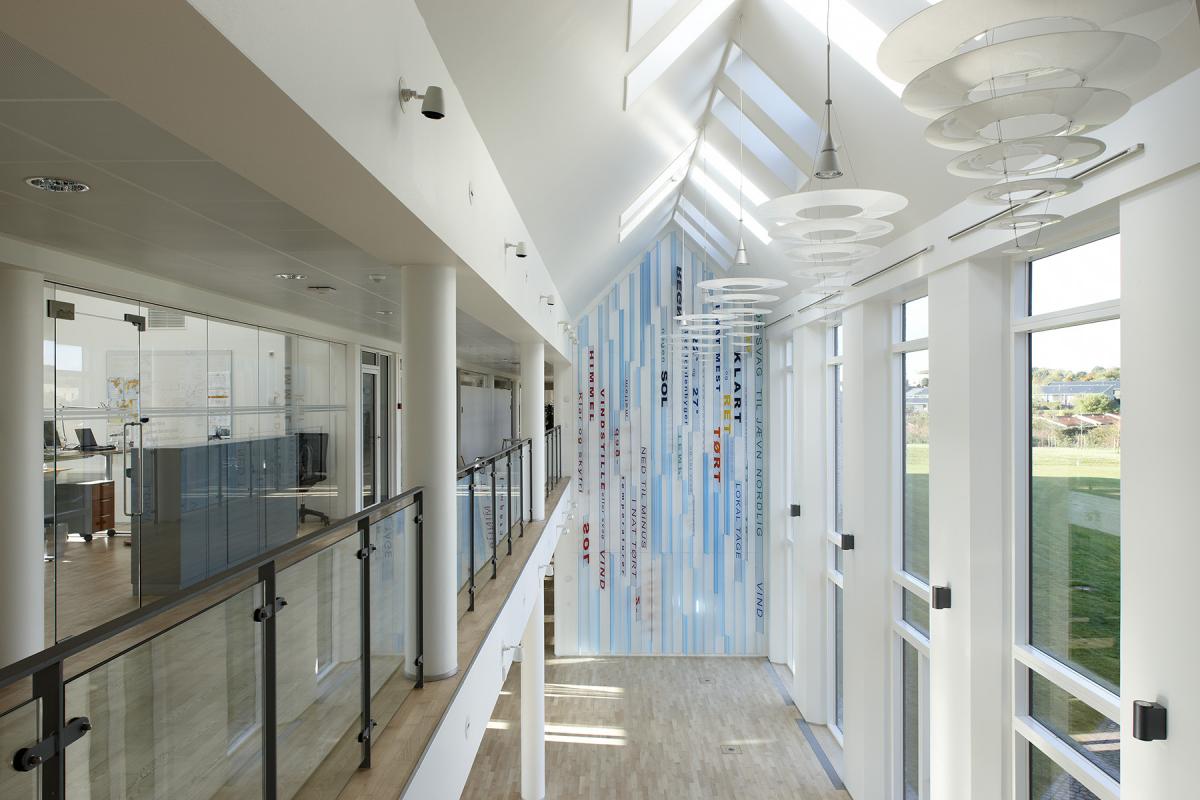 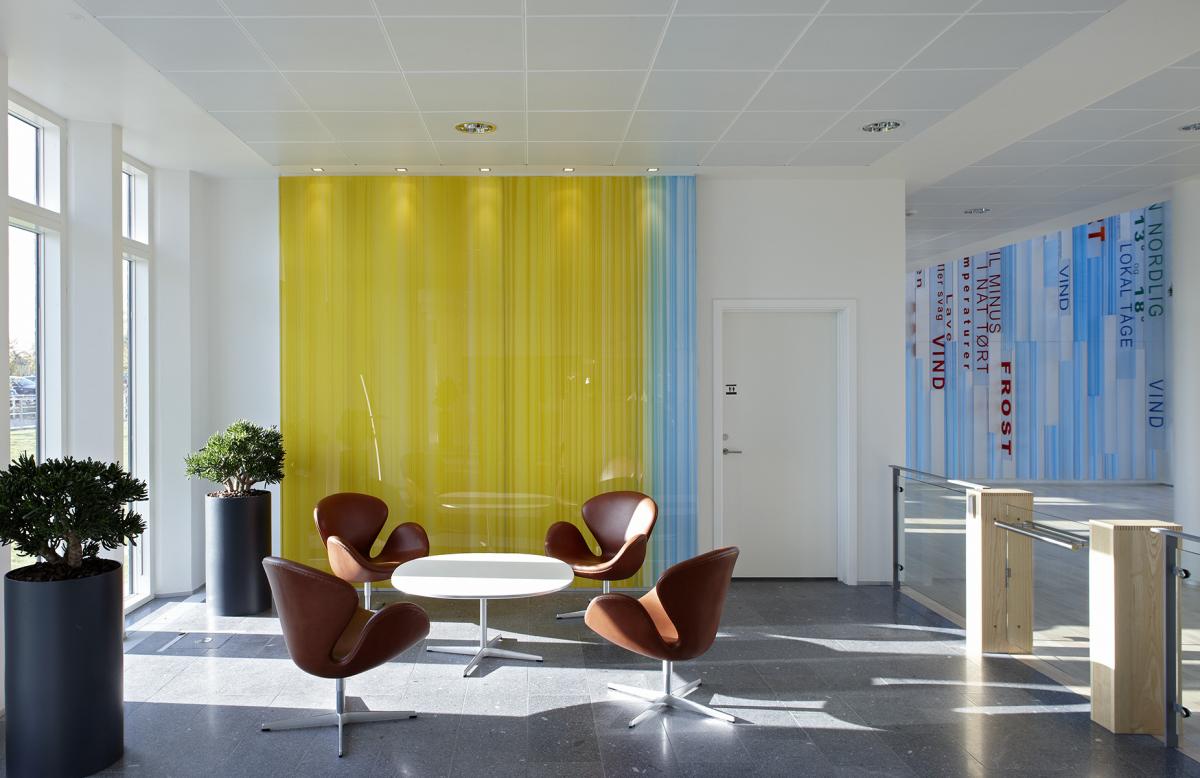 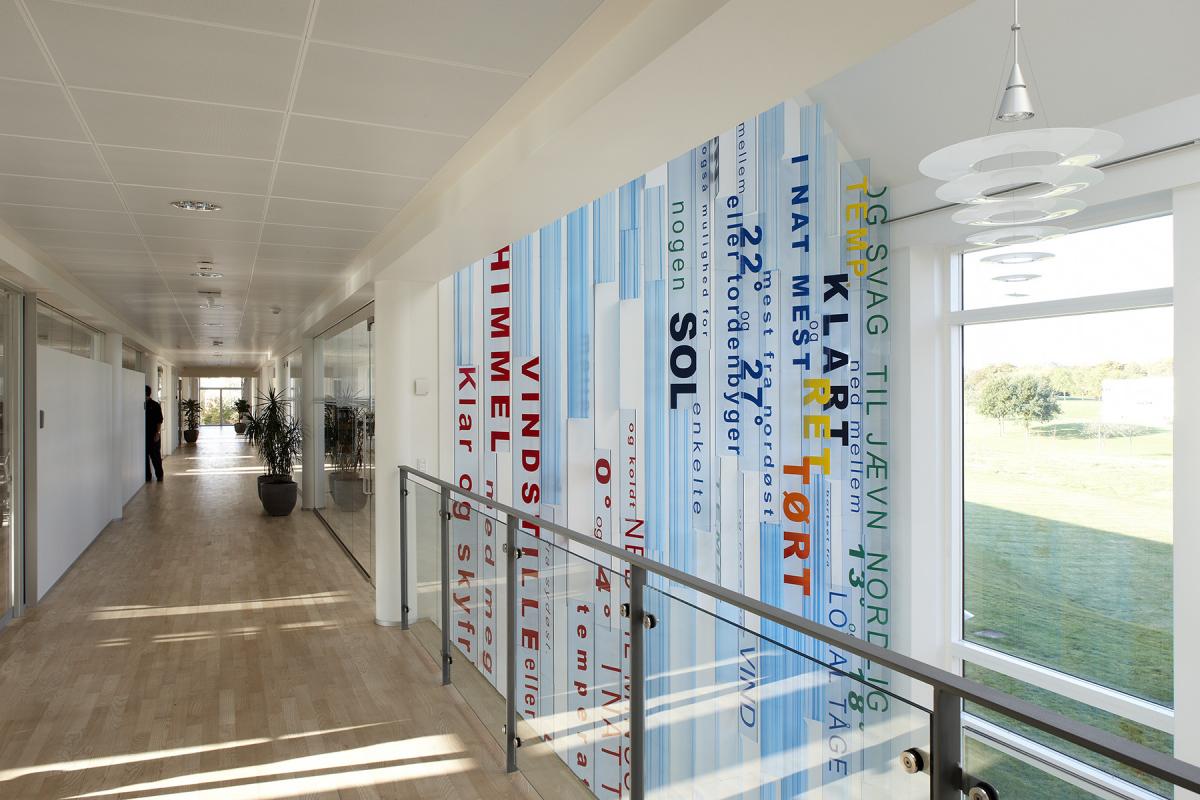 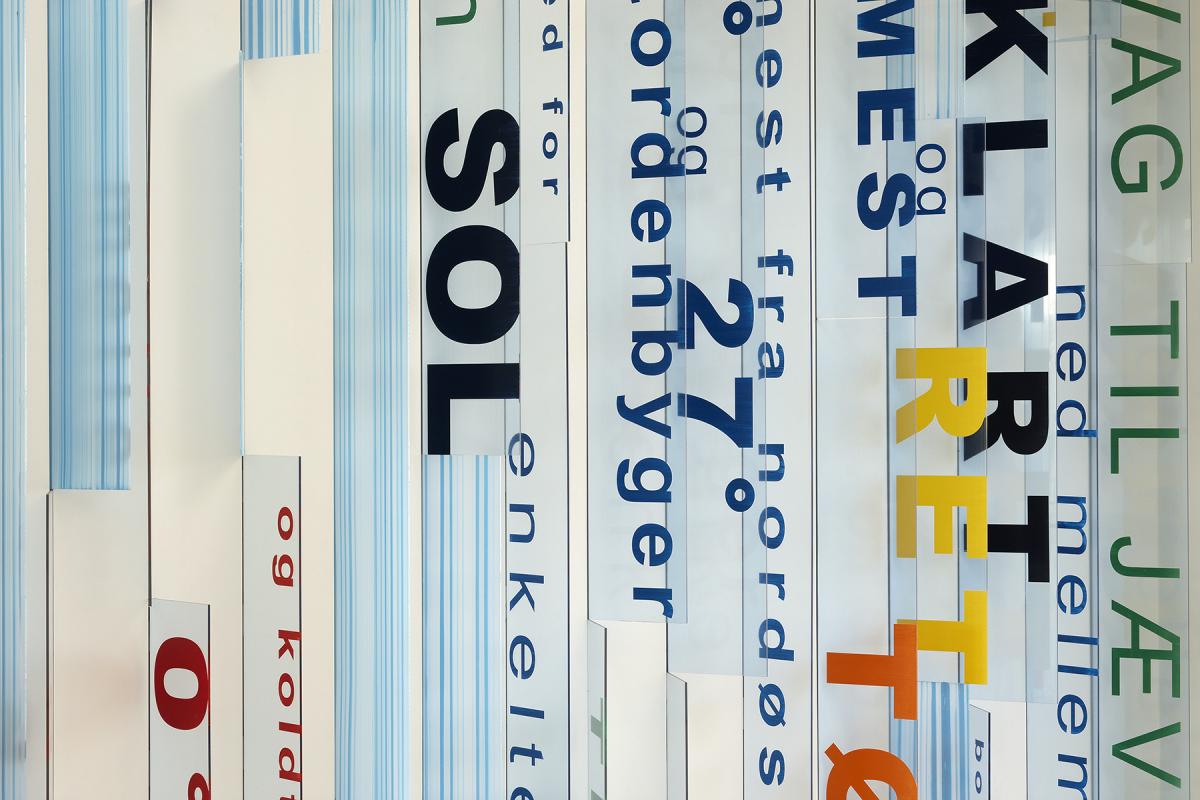